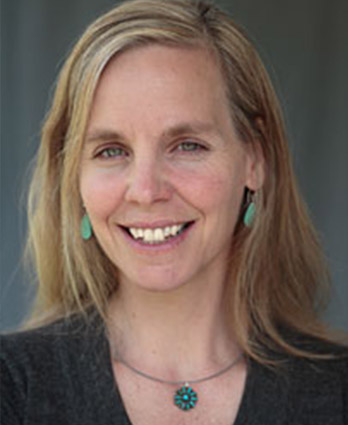 Academic Educational Background
Amy Seidl is an author, ecologist, and lecturer.  Her scientific research has focused on a broad range of ecological and evolutionary questions including plant/insect dynamics, butterfly ecology, and the effect of global warming on alpine communities. More recently her investigations in sustainability science have included farm-methane electricity generation and renewable energy potential in northern latitudes.

Amy received a Doctorate in Biology from the University of Vermont, a Masters in Entomology from Colorado State University, and a Bachelor of Arts from Hampshire College. Amy has taught in the Environmental Programs at UVM and Middlebury College.

Currently, Amy is at work on a new piece of literary non-fiction on the role of abundance in natural and physical systems and how humanity can orient toward them. She currently teaches in the Environmental Studies Program at the University of Vermont. Her courses include in interdisciplinary thinking in environmental studies, climate change, and the emerging field of climate adaptation.

Professional Experiences in Peacebuilding / Community Building
Amy has lived in Vermont for almost two decades. During that time she has been a member of several conservation, land trust, and historic preservation boards in her local community. In addition, Amy served as the Associate Director of the Living Future Foundation in Huntington, Vermont from 2005-2008.  Living Future, and its Teal Farm Project is a non-profit foundation dedicated to creating a sustainable future and to experimenting with the food, energy and building systems that might define it.

Publications
Amy is the author of Early Spring: An Ecologist and Her Children Wake to a Warming World (Beacon Press, 2009) and the just-released Finding Higher Ground: Adaptation in the Age of Warming (Beacon Press, 2011).  Amy is also at work on two children’s books, one on climate change and a second on renewable energy both for Tilbury House Press.