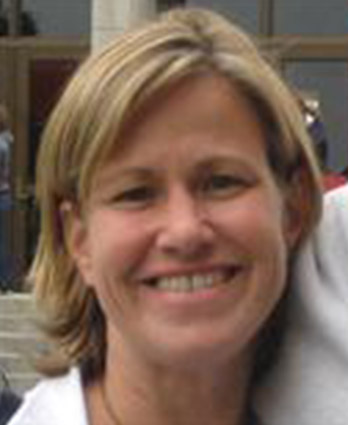 Education and Background
Mary is an Elementary School Nurse for Schenectady City Schools and the Medical Director for the City of Saratoga Springs Summer Program, Camp Saradac. She has a Bachelor of Science Degree from Plattsburgh State University and a Master of Arts degree in Pastoral Studies from St. Bernardʼs School of Theology and Ministry. Mary was a participant at the 2010 National Peace Academyʼs Peacebuilding PeaceIearning Intensive at Wilmington College in Ohio and is a Founding Sponsor of the National Peace Academy.

Professional Experience in Peacebuilding / Community Building
Mary is a Registered Nurse for 25 years and has a diverse work history. She began as a hospital nurse working on Cardiac Step Down, Medical-Surgical, and Oncology Units. In Richmond, VA, she taught Medical Assistants and later worked as an Emergency Room Nurse during the ﬁrst Gulf War at Landstuhl Army Hospital in Kaiserslautern, Germany. As the spouse of an Army Soldier, Mary has lived eight years overseas. She has been very active with Family Support Groups and has received the Patriotic Civilian Service Award and the Commanders Award for Public Service. While in Seoul, Korea, Mary spent two years teaching Conversational English at the Korea Military Academy (considered the West Point of Korea), worked as the Director of Religious Education for the Catholic Community at Yongsan Garrison and began her School Nursing career at Seoul American Elementary School. In Newport, Rhode Island, Mary worked as the Ofﬁce Manager at a Primary Care Doctorʼs Ofﬁce then returned to School Nursing for Newport Public Schools. For the past eight years, Mary has worked for Schenectady City Schools and the City of Saratoga Springs. She and her husband, LTC Dan OʼBrien, have three children. The Peace Academy, Mary believes, comes at a vital time in our human history. It is a powerful and brilliant new approach to education and learning which will help shift our culture from violent solutions to peaceful resolutions.