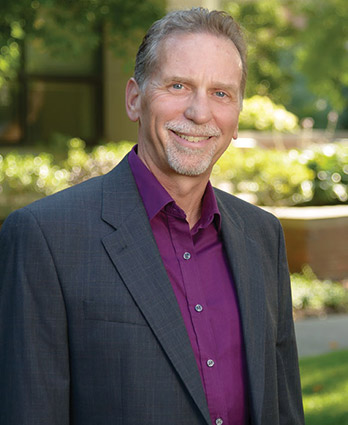 Mark is an Assistant Professor at the Mandel School of Applied Social Sciences of Case Western Reserve University. He is founding Director of the Community Innovation Network, a resource for communities and practitioners committed to strength-based change. Mark’s research and practice over the past 30 years have focused on community building, community development, conflict transformation, and citizen participation.

Mark is an international consultant and trainer in conflict transformation and peacebuilding. He lived in Costa Rica and Nicaragua from 1988 to 1991, where he worked extensively throughout Central America. Of note, he accompanied Peace and Reconciliation Commissions during the negotiation of the end of the civil war in Nicaragua. He also provided leadership in the establishment of the Culture of Peace Program and a UN Local Zone of Peace in post-war El Salvador.

Mark began his career in restorative justice, directing the first Victim Offender Reconciliation Program in the US. He earned his MSW from the University of Michigan with a concentration in community organization. He then served as an organizer in a marginalized neighborhood facing intractable internal conflict. He also organized a comprehensive community assessment and founded a nonprofit organization focused on community mediation and violence prevention.

Mark moved to Cleveland and while completing his Ph.D. at CWRU, he served as project director at the Center for Neighborhood Development at the Levin College of Urban Affairs at Cleveland State University. Mark designed an appreciative inquiry process for promoting race relations in a Polish American neighborhood that was experiencing a large increase in African American residents. He then collaborated with other practitioners to establish Appreciative Inquiry for Community and Social Change, one of the first systematic efforts to adopt appreciative inquiry for nonprofit and community contexts.

Mark has published numerous theory and practice-oriented articles, manuals and book chapters. A manual he co-authored in Spanish on transforming conflict and violence has been used throughout Latin America. Mark is a founding trustee of the National Peace Academy and adjunct faculty at the Summer Peacebuilding Institute of Eastern Mennonite University.