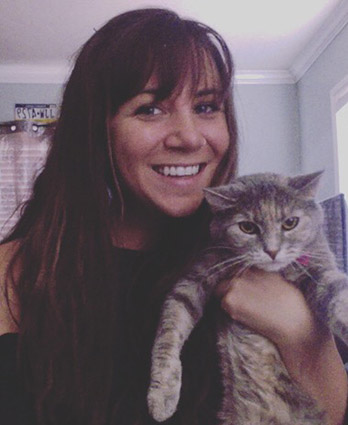 Kayla (Shawnee/Anishinaabe) grew up predominantly in Appalachia, but her family also spent a lot of living on the road, from Oklahoma to Canada. She is an engineer about to defend her thesis in American Indian Studies at Arizona State University about reforming Indian housing programs to incorporate culture, incorporate clean energy access, and utilize sustainable traditional architecture for building healthy communities. Kayla, an AISES Sequoyah Fellow and Gen-I Youth Ambassador, focuses on renewable energy feasibility, energy efficiency, and tribal policy. She was a SustainUs COP22 delegate who traveled to Morocco and Standing Rock to gain solidarity between Indigenous communities and how co-led the organization's inaugural World Bank delegation. She co-authored the EPA's first-ever report on climate and youth inclusion through the NEJAC/EPA Youth Perspectives on Climate Change Working Group. As a Board Member with the National Peace Academy, she addresses issues of cultural loss and damage, frequently writes articles about environmental and Indigenous topics, and runs the YouTube channel Sovereign Stories. She most recently works as an instructor at Grand Canyon University and in a local agricultural project that collaborates with such organizations as Native Health Alliance. In her free time, she is a polyglot who travels the world for fun, for education, and to win more medals playing inline hockey with Team USA. Kayla recently received a ranking as Lieutenant and hopes to serve as an engineer with the Commissioned Corps.