Point of View: The Backstory

NPA and S-CAR are part of a rich peace history in the United States of America. Founding Father George Washington clearly stated the need for an academy to train citizens for peace as rigorously as the military academy trained citizens for war. 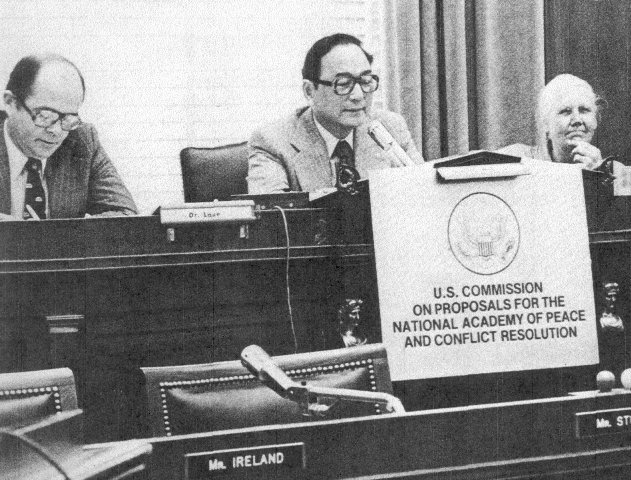 Dr. Laue, Senator Matsunaga, Elise BouldingThroughout the years there has been bipartisan Congressional support for a national peace academy. In 1978, following a nationwide grassroots campaign calling for a national peace academy, Congress authorized and President Jimmy Carter appointed the 9-member Commission on Proposals for the National Academy of Peace and Conflict Resolution, which came to be known as the Matsunaga Commission (after its chair, Senator Spark Matsunaga of Hawaii).

Over the next two years, the Commission conducted a series of town hall meetings throughout the USA and heard citizens’ overwhelmingly affirmation that, yes, a national peace academy focused on resolving the conflict by peaceful means was indeed both needed and timely. In 1981, the Commission submitted its report to Congress and President Ronald Reagan with the principal recommendation that “The President and the Congress of the United States of America should establish the United States Academy of Peace.” 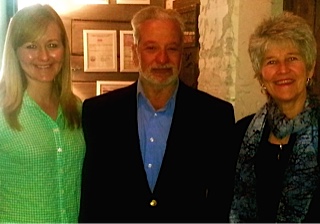 Director of Development Maria Seniw and Dean Kevin Avruch, S-CAR, and Founding President Dot Maver, NPAScholars and activists in the original grassroots campaign approached George Mason University’s president and invited this then-young university to house what they hoped would be a congressionally approved institution. As a result, the world’s first postgraduate degree program in conflict resolution was developed, and S-CAR has gifted the property known as Point of View. Then, in 2009, the present National Peace Academy (NPA) was founded in the private sector as a nonprofit corporation.

S-CAR’s current Dean Kevin Avruch was, at that time, an Assistant Professor at George Mason University. Now, he and NPA founding president Dot Maver have forged a working affiliation between their two organizations to support the realization of Point of View as a premier center for building peace ~ a Civilian Camp David.